How Is Brexit Affecting Group Travel?

“Post ‘Brexit,’ there are indications that Britain is increasing in popularity,” according to the New York Times. See what both sides of the pond are saying:

“I can understand that, given the current situation, international groups may express concern about bringing a meeting to London,” says Chris F.J. Lynn, vice president, North America & Emerging Markets, Business Tourism, London & Partners, which is the official promotional company for London. However, he adds, “I’ve been speaking to many groups, and so far no one I’ve spoken to thinks the Brexit vote is an issue. London is still the same it was before the E.U. referendum results. The city remains as welcoming and open for business as it was before the vote. The mayor of London, Sadiq Khan, recently launched a new major campaign, #LondonIsOpen, aiming to reassert this.

“What makes it so special has not changed: its incredible history and culture, open-mindedness, cutting-edge industries, and prestigious hotels and venues. London has six international airports and direct flights to 380 international cities, making it an easy and practical destination to get to. The capital is also a leading center for business, particularly in the life sciences, tech and finance sectors, and the creative industries, which means easy access to the business community and to a network of experts.”

“We are looking at Brexit as an opportunity to drum up more business from the U.S. and also to increase our brand awareness,” said Alison Wheatley, the director of marketing in Europe for Jumeirah Group, a luxury hotel chain.

“By all accounts, things are largely business as usual in the U.K. The primary exception to this is the decline of the pound against the dollar. Whereas some of the U.K., especially London, has been prohibitively expensive of late, if these exchange rates endure, the U.K. may become affordable for more clients. This affordability may be further enhanced should a predicted downturn in the British economy occur, potentially resulting in excess hotel capacity” says Creative Group’s Senior Vice President of Finance, John Udelhofen.

“It does appear that the details of the exit will take several years to be finalized and that those will almost certainly include adjustments to border-crossing policies. And of course, with the U.K., there is always a concern regarding strikes in time of economic uncertainty. That is an additional factor clients must bear in mind when considering the U.K. as a destination.”

Will you consider the U.K. for your next meeting or incentive travel program?

The majority of the post originally appeared in MeetingsNet Magazine: http://meetingsnet.com/global-site-research/brexit-advice-meeting-planners-keep-calm-and-book-uk 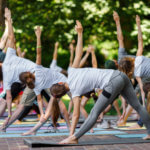 Will Your Meeting be Transformational? 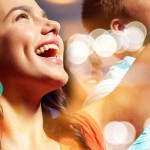 How Do Meetings and Events Help People Thrive?