By now, you’ve probably heard about the infamous Fyre Festival and the stark contrast between what was promised in the promotional footage and the far-cry-from-luxury reality that attendees experienced. According to the Fyre Festival’s official site, “Fyre Festival set out to provide a once-in-a-lifetime musical experience on the Islands of the Exumas. Due to circumstances out of our control, the physical infrastructure was not in place on time and we are unable to fulfill on that vision safely and enjoyably for our guests.”

Once-in-a-lifetime is a big vision to live up to, yet the phrase is often overused; leading people to have high expectations. Creating experiences like that doesn’t happen at the drop of a hat. Luxury isn’t built overnight. In fact, expecting it could, leads to a situation like Fyre Festival encountered.

Here are a few tips to follow through on a once-in-a-lifetime, festival-like experience.

Event professionals have been known to “deliver the impossible.” And even though it might seem like they have magical powers, the case of Fyre Festival proved that they too are human. That’s why it’s critically important to have a proven team that will ask the right questions and keep the project on track and on budget. Lack of planning time had a lot to do with this mishap, so getting a team in place well in advance will ensure they have the right resources to deliver the best experience. Six weeks prior to the event, one account reported that some planners suggested they roll sales tickets over to 2018 and start planning for the next year immediately – too bad that advice wasn’t heeded.

The “Fastest Two Minutes in Sports” is held the first Saturday in May and provides a good example of preparation. A LinkedIn post by Dr. Patrick Leddin read, “Yes, the Kentucky Derby only lasts two minutes, but the event is not coordinated at a moment’s notice. It takes planning, coordination, and collaboration to make two minutes come together. Think about the level of preparation required by the media, the facility, the trainers and owners, the police, and the list goes on and on.”

Public figures have a great deal of pull when it comes to convincing people to buy what they buy and go where they go. Using celebrities in ads is nothing new. But when “almost all of the 400 influencers who shared the festival’s promotional videos and photos never disclosed that they were actually advertising a product,” it led people to believe they were attending the event on their own accord.

Aside from spurring a $100 Million lawsuit, trust was broken; not only for the festival organizers but for the endorsers as well. Partnering with influencers organically will have a much higher payoff. Authenticity goes a long way and sabotaging the meaning of “influencer” will send you ten steps back.

How you communicate about your experience before, during and after affects the perception of it tremendously. Once the Fyre Festival organizers realized they wouldn’t be able to deliver appropriately on their vision, they could have saved face by informing guests of the situation before they arrived. Most people appreciate honesty and will respond with more understanding than when left in the dark. It’s also important to listen when participants are communicating about your event. Once they take it to social media, it can spread like wildfyre. For more tips on handling sticky situations, check out our on-site playbook and how a meeting planning company saved the day blog post.

The explosion of interest in festival experiences has inspired clothing lines and (mostly glittered) make-up as well as ideas to amp-up standard meetings and events. It’s important to follow and implement trends intelligently. Event Manager Blog offered some sound advice: Don’t Go Too Big Too Soon. “Be sure to scale your event and don’t go overboard in your first year. Perhaps you start out by writing down all of your grand ideas for the festival, but only focus on 3 or 4 major areas this year. If you do it right the first year or two, you will have a positive reputation in the community and hopefully the support to expand and grow in future years.”

Jerry Murphy, Creative Group’s new Customer Experience team leader offers some insights too. He says, “Preparing for triathlons is a little like planning a meeting. If you’ve done the training beforehand, the actual race is just a victory lap.”

It’s yet to be seen if festival-goers will trust Fyre Festival to deliver in the future, but the good news is you can learn from their mistakes. 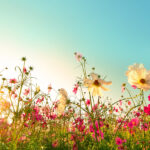 A Spring in Our Step this Earth Day 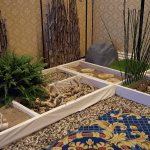 Wellness at Meetings: Learn From These Planners