Imagine you’ve just been told you’ve earned a 5-day, 4-night trip to a five-star resort in an exotic, distant, tropical locale. Most of us would be thrilled with even a 2-night trip to Orlando, right? So, a fabulous trip like the one described would feel pretty luxurious – and aspirational. This luxury principle also applies to individual incentives and rewards, where participants earn a trip, a new Xbox, or an experience like a trip to the Oscars.

One of the core elements of an individual incentive program is the use of non-cash currency – i.e. “points.” Points are used to keep the incentive program from becoming confused with ongoing compensation. By using points, you can start and stop a program without impacting the participant’s standard of living.

When an organization uses only cash as an incentive, it can unintentionally create a very real problem for an employee or channel partner. They might come to see the cash as a “given” and make decisions on what to buy – or even borrow – assuming that money will always be there. Until you stop the program. Yikes. See the problem? Using points means the participant won’t fall into that trap.

Another reason to use points is that it helps participants focus on earning items or experiences they wouldn’t typically purchase on their own. It’s easy to say “no” to that $400 Bose Clock Radio when you have to decide between it and rent. But when you have points you can redeem as you please, it’s easy to say, “I’ve earned that.” No guilt here! That’s huge.

Don’t get us wrong, if a participant is in need of rent money, it might be best to look a little closer at the compensation system instead of running an incentive. But, that’s a separate issue. The programs we run are about rewarding people with items and experiences they consider luxurious….things they wouldn’t buy but really want.

Knowing what to include in a reward catalog is all about understanding what “luxury” means to different audiences. We need them to WANT the items in the catalog – ideally, to pick a specific item they’re shooting for as a goal, and to behave a certain way to earn enough points for their favorite rewards. Knowing exactly what to include or feature is a science in itself – and something that is constantly changing.

If This Was 1899, We’d All Be Considered Social Elite

Back in 1899, an economist named Veblen wrote about the elites in society. His book was called “The Theory of the Leisure Class” in which he coined the phrase “conspicuous consumption” to describe how “stuff” was used to signal one was “elite” or wealthy. Back in those days, silver spoons and corsets were the signals of wealth. The goal was to own something no one else had – or, in many cases, wouldn’t likely think they needed to own. The idea of buying something with little real value solely so you can show people you own it reminds us of a quote from the standup comedy routine Steve Martin did in the late ’70s after he became a star.

“I love money. I love everything about it. I bought some pretty good stuff. Got me a $300 pair of socks. Got a fur sink. An electric dog polisher. A gasoline powered turtleneck sweater. And, of course, I bought some dumb stuff, too.”

Conspicuous consumption is how people still signal they’ve “arrived.” And, to a degree, you want your award offerings to include these types of items – items that elevate your participants’ status in both their own eyes and their peers’.

But something interesting is happening in the world of material consumption today. Luxury goods are significantly more accessible than in the 1890s. Investments in mass-production, outsourcing production to China, and the cultivation of emerging markets where labor and materials are cheap to have made many goods once considered a luxury, more attainable by more people than ever before. If you don’t have a flat-screen HD TV these days, it’s probably because you don’t want one. So, now that everyone can own an electric dog polisher, how do the “rich” signal their status?

The New Signals of Wealth

Sure, we will always have the ultra-rich – with their planes and their Bentleys – but the aspirational class is who sets the pace for the majority of the working world. And those folks aren’t buying “stuff” quite as much as they used to.

So, what are they buying to signal their status?

They are spending more on organic, non-GMO foods and pricey private kindergartens for their kids. The aspirational class is looking for something that can’t be “mass-produced” because everyone can get that. Therefore, things like craft brews, craft furniture, and craft clothes are in greater demand. Even better, many sales reps want more experiences, versus more items, as the rise of decluttering surges (Marie Kondo, anyone?).

We will always have the basics in our awards catalogs. There will always be significant numbers who want commoditized goods– but we must also be alert to changes in what is considered “luxury goods” and what will excite the imaginations of your participants. No one uses their points to redeem for last year’s model. There’s a reason there aren’t any Ronco Rotisserie ovens in our catalog.

Simply put, when people aspire to a certain reward that they view as a luxury, they are actually aspiring to do what you need them to do – which why we implement incentive programs in the first place. 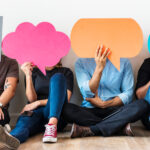 The Importance of Communication 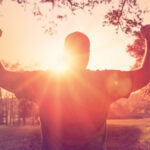