Our anecdote starts with a bit of a downer – but an important one.

While we all get that most programs run by companies in our industry don’t have the capability to destroy companies, they can ruin careers, quarters, fiscal years, brands, channel reputations, etc. And they have. I was told of one company in our industry that gave away an SUV as a grand prize – to an alcoholic with several drunk driving convictions. They ended up killing someone with the SUV. The company was sued and they lost. That is tragically, horrifically poor program design (a driving record check should always be a part of the process of awarding a car – but they didn’t know that). Another company, gave away iPods (back when they were new) and one of the participants was deaf. Not tragic, but awkward and embarrassing.

Hopefully, that paints a picture that the topic of incentive program design is extremely important.  So, let’s dig into it a bit, starting with compensation.

Every so often, a few news stories collide to raise interesting questions. That happened very recently when salaries at the British Broadcasting Corporation (BBC) were released after a request from the British government that this be done (the BBC is government owned).

All hell broke loose. It turns out that the top 7 BBC employees, by income, are all…wait for it…. men. This, as you can imagine, has not gone over well in the UK where people are required to pay just under $200 a year to fund the BBC. And much to the apparent surprise of the BBC, a lot of people in the UK happen to be women. Imagine that. Make no mistake, though, many people of both genders are peeved.

OK, but why do we care? Because this has led to a lot of discussion and articles about pay and incentives.

Right about the same time, an article called “Pay for Performance and Beyond” was released. It’s by a Nobel Prize-winning economist from MIT named Bengt Holmstrom. Smart guy. More about him later.

Do you remember Lehman Brothers? At the beginning of 2008 they had about $680 billion in assets. By the end of 2008, they were essentially gone. In the eyes of some, the collapse of Lehman Brothers was the canary in the coal mine of the Great Recession. And one of the causes of that collapse was an out of control compensation system (which is just another form of an incentive program, really). When people have the opportunity to make tens of millions of dollars a year, or more, it’s amazing the risks they’ll take – with other people’s money, of course.

Sticking with the financial world for a moment, do you recall Wells Fargo in the news at one point? Turns out, branch managers were measured daily. One of those measurements, directly tied to their income, was the number of new accounts opened. So, how did those managers meet that daily quota (and earn good money doing so)? They simply opened new accounts for current customers without the customers’ knowledge. The Federal Government, as you might imagine, had a bit of a problem with this. Wells Fargo paid a fine of $185 million.

Here’s one more. The No Child Left Behind Act. An Act with great intentions to be sure, and addressing a very real problem in the education system. But when people are strongly incentivized to do something, they will. Even teachers. And keeping your job is a pretty serious incentive. This Act directly led to teachers in Atlanta being convicted of racketeering and being sent to prison for fixing exam results.

Rarely, though, is the sole problem too much, or too little, incentive. Or even the wrong reward (although that does happen). It’s almost always a bad program design. Remember our smart, Nobel prize winner Mr. Holmstrom? His work basically said this…A good incentive program aligns everyone’s objectives very clearly. Everyone. Executives, Salespeople, Marketing, Field Technicians, Shareholders, Suppliers, Customers, and so on. If the design negatively impacts any one of the stakeholders, it’s a weak, and sometimes dangerous, design.  Ultimately, that’s what happened to Lehman Brothers. Some employees became rich, but the owners lost everything.

All that said, the most common outcome of poor program design in our industry is “Meh”.  Programs that happen but don’t really accomplish anything. They aren’t bad – but they aren’t good either. The money was spent, but the results would have been achieved without them. This may be the saddest outcome of all. And it’s very common. We can fix that. 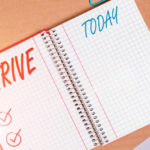 Is Your Business Surviving or Thriving? 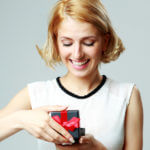