An event focused on collaboration and team

Our client is a non-profit member service organization with 55 million members in the U.S. and Canada.

Our client hosts an annual Fall Leadership Conference for several of their divisions and this year they wanted to shake things up and create a more collaborative, engaging experience. We were challenged to design a non-traditional, “unconference” for their 260 participants in Northern California.

A Distinctive Venue
A local hotel was used to accommodate sleeping rooms and breakfasts, but a more unique venue was needed for their daily events. We went to work identifying distinctive venues that could accommodate the group of 260, for their 3-day conference. With a short three-month lead time for sourcing, it became a heightened challenge to find a venue that would meet their needs, that was also available. We sourced art galleries, museums, universities and even Google HQ. Ultimately, we landed on the San Mateo Event Center.

Using a non-hotel venue increased the planning complexity because of the breadth of suppliers
involved that are normally bundled under the hotel’s umbrella. At the San Mateo Event Center, we oversaw suppliers including caterers, décor specialists, event production, and the logistics for a CSR initiative. Additionally, for a different twist on lunch, we arranged to have six food trucks provide unique cuisine options. Dining outside on picnic tables, participants chose from a variety of food trucks: Asian, Indian, Mexican, Thai, Sliders, and Chowder/Lobster rolls.

Networking and Collaboration Strategies
For the daily conference sessions, we brought in “soft seating” to create greater collaboration. We used couches, loveseats, coffee tables, and branded pub tables that circled the stage, creating a meeting in the round. These nonstandard, un-conference arrangements helped to foster conversation, collaboration and networking.

To further build on the collaborative nature of the program, we incorporated a corporate social responsibility event that allowed teams to build bikes for children in need in the local area. This cooperative problem-solving exercise of assembling the bikes further enhanced relationships and reinforced the power of team and collaboration.

A food truck concept was also woven into a team building event designed to expand creativity, resourcefulness, networking, innovation and problem solving. The event was called “Food Truck Face-Off” and it brought together teams to create a company name, design a logo, and build a large truck façade with cardboard. Teams also created their menus, as well as a commercial, which they performed to whet their colleagues’ appetites. Working as a cohesive team, participants attempted to out-prepare, out-market, and out-score their competition, in an effort to win gold medals. It was a friendly but fierce culinary competition and in the end, people got to know their colleagues better and chowed down on their original recipes.

The client felt great strides were taken to create a sense of teamwork and collaboration at this event. This further supports relationship building within their western-U.S. divisions – important to drive toward their organizational goals.

95% of attendees ranked the event as very successful. Following were some of their comments:

I believe this is one of the best events we’ve had. I really enjoyed the community service part of the event and working closely with my peers.

This was an amazing experience. Thank you!

Excellent conference. More than any individual event, the time spent together held great insight into the openness and energy required for innovation. 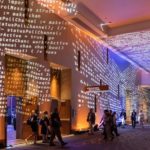 Raising the Bar for a User Conference 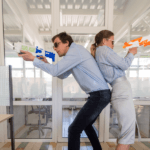