5 Beliefs That Will Help Your Organization Thrive

The Incentive Research Foundation (IRF) performed a study to find what “top performing”[i] companies do differently than average companies. Based on everything we know about employee engagement, sales incentives, and channel loyalty, it’s not surprising to learn that they have a stronger belief in non-cash rewards and recognition and higher payouts. We’ll discuss these, and other components revealed in the study, that we think help organizations thrive.

1. I believe in the power of non-cash rewards and recognition

Another IRF study found that, despite what most people think, “when given the choice between a robust reward that aligns with their personal experiential preferences, employees often do not choose cash, especially for large awards.” And while “small awards do show a high preference for cash, 65 percent would select a non-cash award, if all other award experiential elements were optimal.”

If that doesn’t convince you, then maybe you’ll take the word of Dan Ariely, a researcher of behavioral economics. Ariely experimented with methods of motivating factory workers to be more productive. Of the four reward options offered: a cash bonus, a voucher for pizza, a thank you note, or no reward; the cash bonus performed the worst (making workers 13% less productive than those receiving no bonus at all). According to an article in Quartz, Ariely “recommends companies think about different rewards that show employers are interested in their workers long-term health and growth.”

2. I believe in consolidating disparate programs

What do these three have in common: Spring Cleaning, Trimming the Fat, Organizing?

Answer: you purge all unnecessary items to make room for what matters.

Smart business leaders do this all the time. “How can I consolidate this?” “How can I optimize that?”

Not only have we helped our clients do this, but we’ve gone through the same consolidation process with our own rewards and recognition program. By consolidating disparate programs into a single, easy-to-use platform, we increased participation by 300% and drove behaviors aligned with the company’s mission and strategic pathways. Read more about our program here: Creating the Face of Excellence

Every company looks to do more with less. And wherever you can reduce costs, you’re better off, right? With many line item expenses, this may be true, but when it comes to the value organizations get out of non-cash rewards, top performing companies know it’s worth spending more.

A sampling of our clients’ domestic and international group incentive travel programs in 2017 shows an average cost of $6,246 per person for the highest performing sales people and channel partners. The companies are among the top in their industries including retail, technology, automotive and insurance, and they stay at the top by appreciating and rewarding the behaviors that lead to thriving organizations.

4. I believe in program reach over exclusivity

Best practices in rewards in recognition would tell you that optimal design is achieved when a balance between incentives and recognition is reached.  This can be explained with a simple bell curve. Applied correctly, the entire bell curve will continually move to the right as standards are set higher and performance increases.

The IRF reports that “For many years, the focus on non-cash reward programs seemed to be on highlighting only the best of the best in the organization—the elite. That has changed in top performing companies. When asked whether their non-cash program design was structured with the goal of rewarding and recognizing the truly exceptional performers (exclusivity) or if it was structured with the goal of each participant receiving a recognition or reward in the program (reach), top performers were statistically more likely to say “reach” regardless of program type. While 56% of top performing companies said they prioritize reach for both employee and sales programs, only 36% and 28% of average companies said so respectively.”

This shows that top performing companies are listening to best practices and achieving the optimal balance between incentive and recognition to move their bell curve forward.

5. I believe in highly integrated communications

“The single biggest problem in communication is the illusion that it has taken place.” –  George Bernard Shaw

According to Lexus Nexus, workers discard 91% of work information without fully reading it. This can be a huge problem when you are trying to convey an important message. When you need behaviors to change; either to start doing something or to stop. That’s why integrated communication is so important and top companies understand that importance.

From the IRF research: “Integrating the rewards and recognitions into broader organization communications is key for top performing companies: 77% with employee programs said their programs were integrated into broader company communications, 78% said likewise for channel programs, and over 80% said likewise for sales programs. Conversely, only roughly 45% of averagely performing companies reported that their rewards and recognition programs were discussed in broader company communications.”

To find tips on engaging and integrated communications, check out our blog: Effective Communication Tips That Will Boost Engagement 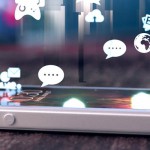 Is Everything You Do Mobile? 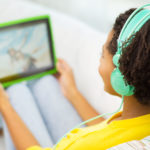 See Us in Action