When It Comes to Rewards, Timing Is Everything

One of the few times less can actually be more is when you know how to utilize temporal discounting with motivation and incentives. People are impatient, so your rewards timing is important. Reward them accordingly. 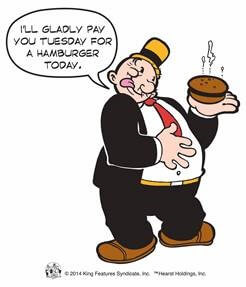 To paraphrase Wimpy from the Popeye cartoon, “I’ll gladly reward you Tuesday for your behavior today.”

Some of you are definitely asking, “who’s Wimpy”?

If you don’t know who Wimpy is… you probably don’t know who Popeye is either (did you eat your spinach growing up?). Wimpy – or more formally – J. Wellington Wimpy – was a character in the Popeye newspaper comic. He was always trying to con a free meal out of whomever he met in the panels of the strip.

What’s interesting is that his catchphrase concerning hamburgers today and payment next week is kind of an important thing to consider when designing an individual incentive program. You see, every incentive and reward program is, at its core, a trade-off between doing a behavior and getting a reward.  We ask participants to do something and, in turn, reward them for their effort.  We hope we’ve designed the incentive in a way that the reward will be of sufficient value and/or desire to affect our participants’ behavior. Like Wimpy, we typically ask our audience for something now with the promise that we’ll deliver something in the future.

But there are some interesting psychological implications in this give/reward relationship when time is involved and it’s called temporal discounting.

We are impatient! All of us are. And, it impacts the value we put on awards/rewards. Study after study shows that people tend to prefer smaller rewards received sooner over larger rewards offered later. And how long we need to wait is important too. The longer we need to wait for the reward, the greater the reward value must be to balance out in the participant’s mind. That’s called temporal discounting (“temporal” means relating to time, so the value of the reward gets “discounted”, or lowered, by the time in our minds).

As an example (sticking with the Wimpy theme on this), if I say I’ll pay you 20 burgers next week or 21 burgers in four weeks, most people will choose the 20 burgers next week – they “discount” the extra burger by the three-week time lag.  In other words, one more burger isn’t worth the wait. However, if I increase the value of the delayed award to say, 40 burgers, people may wait to get much larger rewards. The extra 20 burgers make the extra timeless of a factor in my decision.

This can be a very important concept when designing a reward program – and the impact on our clients’ budgets can be significant. 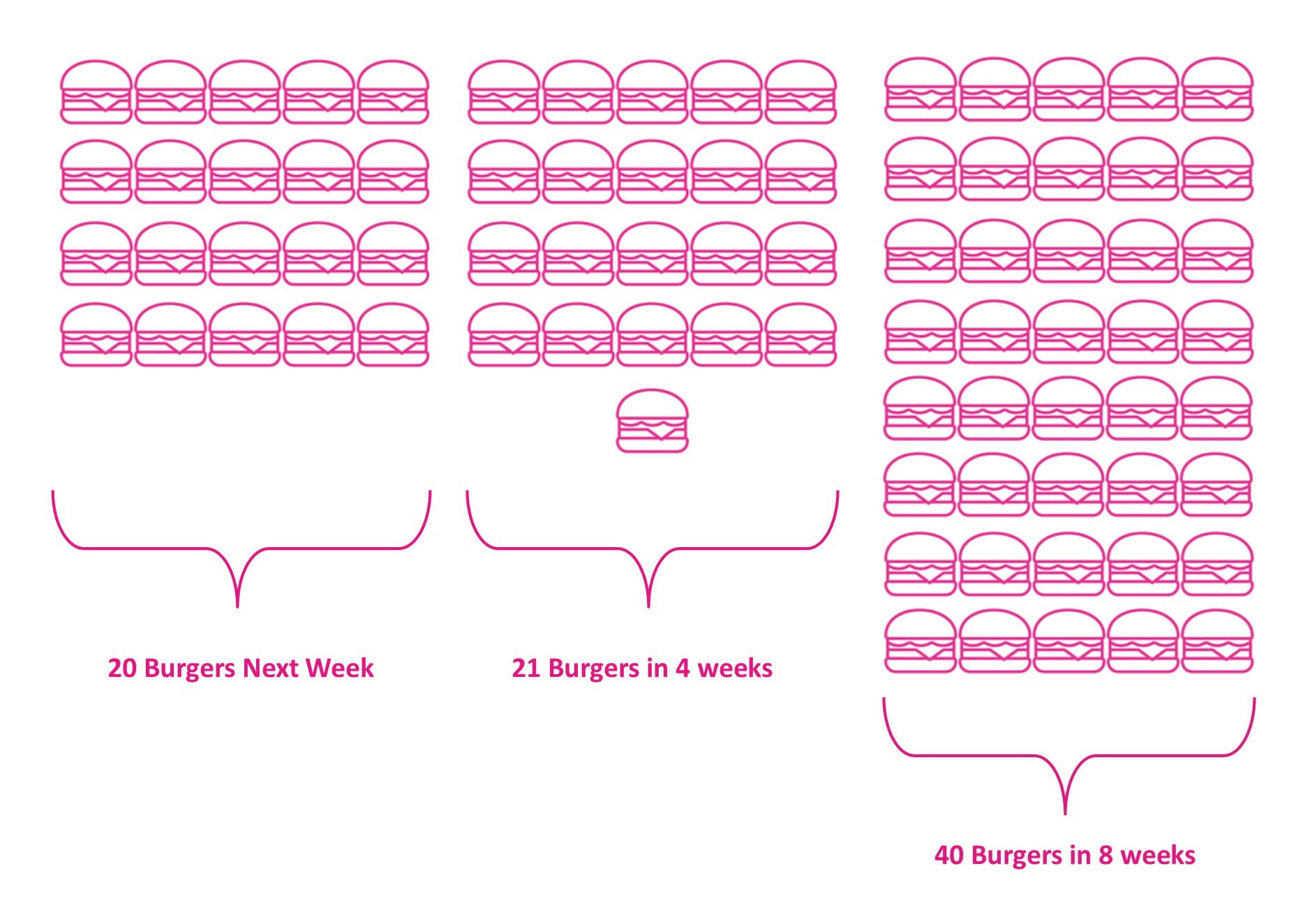 Sooner is Cheaper and Dates Are Important

If we are designing a program where either the program rules (or the system used to track behavior) creates a long delay between the behavior and the reward, we may have to offer a much larger reward than if we could provide the reward sooner. This is especially true if the behavior is one that can be accomplished quickly or easily.

Other things that affect our “discounting” includes gender. Men seem to discount faster – meaning they seem to be less patient and require a greater difference between the short and long-term award value. This can play an important part in our rewards timing if we have a large percentage of either male or female participants. This is one key reason we need to know the demographics of our audience.

Temporal Discounting and the Hyperbolic Curve

Temporal discounting follows a “hyperbolic” curve.  Don’t ask us to get into the math  (trust Wikipedia on this one), but what it means is…

People will discount the award less when both options are far enough in the future. If we offer 20 burgers in 10 weeks versus 21 burgers in 20 weeks, our brains now will think waiting the extra 10 weeks for one more burger is worth it. Our weird discounting brain assumes, “if I need to wait anyway, I might as well take the larger award.” 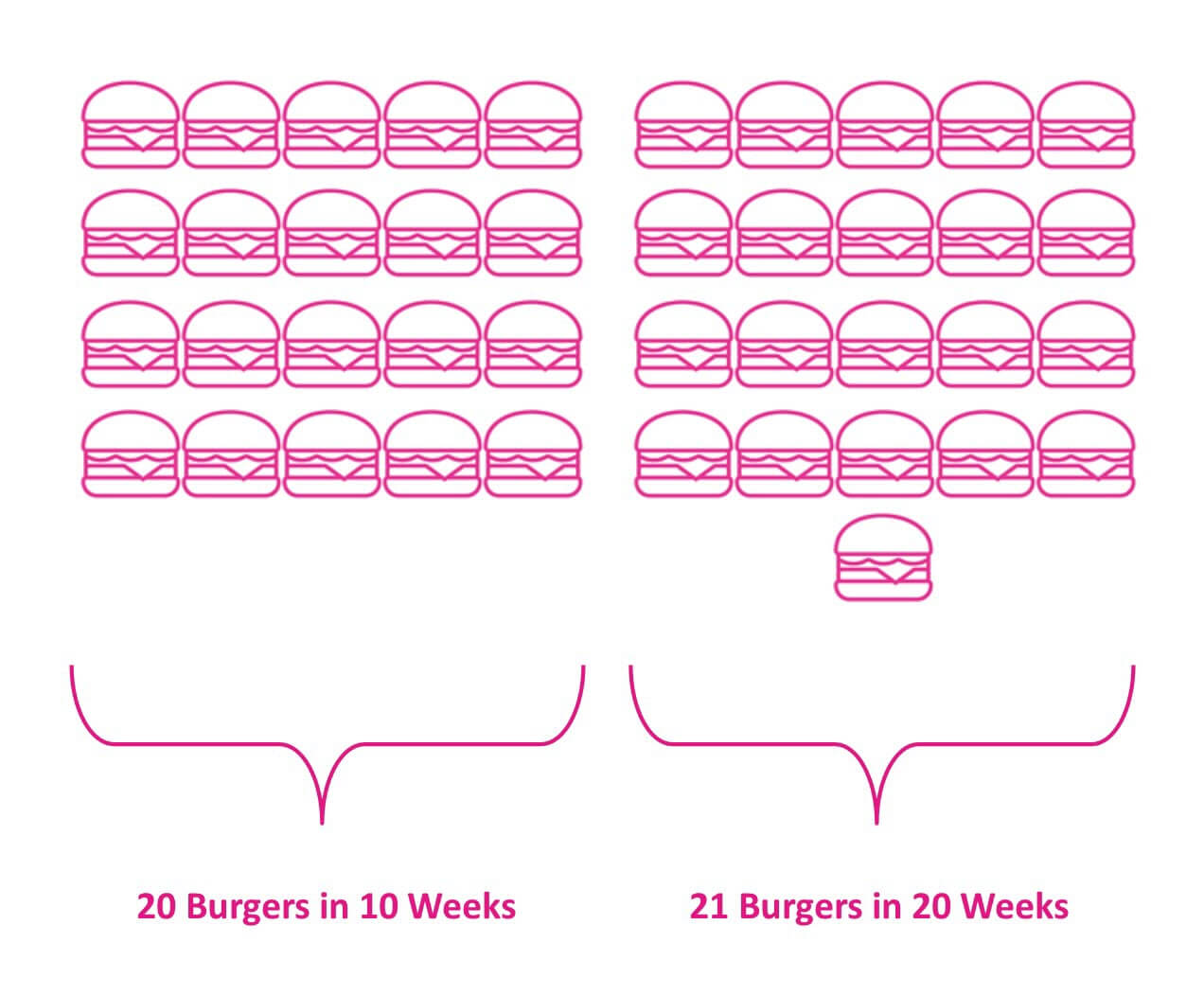 This can have an impact in situations where the audience understands the time lag. Recognition programs (i.e. Length of Service awards) play into this very well. Knowing the program lasts 12 months and rewards longer-term objectives – the value of the award may not need to be incrementally larger to get support and attention just because it is 12 months into the future.

So, the Main Program Design Takeaways We Use from Wimpy…

If it’s quick-hit behavior – better have quick-hit rewards, or it could cost you.

If it is long-term behavior – don’t think you must make it as large a reward as you may have in the past.

Want advice on your rewards timing? 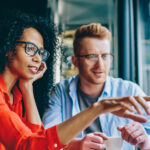 Corporate Rewards Program Participants Should be Asking, “What’s in it for Us?” 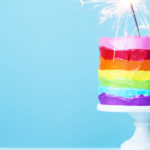