Incentive Sin to Avoid #7: It’s all about the Benjamins

The Inclination: Everybody asks for more money – I might as well give it to them.

The Argument: Your reps are not coin-operated – they’re people. Money isn’t the best motivator.

Sales managers have long believed that sales reps are coin-operated. It’s true that reps are more likely to respond to money as a motivator than most people. However, “more money” isn’t the end of the story.

The biggest issue to contend with when it comes to the sin of “more money” is that reps ask for it and sales managers want to give in to keep them happy. However, reps don’t know their own motivations any better than anyone else. Just because their job allows them to increase their wages by selling more doesn’t mean they truly understand the things that are motivating them to do those things. Human motivation is easy to misidentify and inordinately difficult to zero in on. But researchers are making progress all the time.

A fundamental issue with money as a motivator relates to the Principal-Agent Problem. The principal-agent problem says that money makes us more self-interested, which drives individual motivation, but it can be so individually focused that it reduces our interest in benefitting the customer, the team, and even my employer.

Consider great business frauds such as Enron in 2001 and Wells Fargo Account in 2016. Both companies were trying to achieve the same sorts of objectives that all large capitalistic corporations strive for: greater profits for their owners by way of happier customers and happier employees. But the methods they employed derailed their relationships with their customers. And they dismissed general employee happiness in favor of garnering profits for a few individuals within the company. There was plenty of motivation available, but it wasn’t directed in the proper ways. Also, it was accompanied by such high degrees of self-interest that customers and other employees suffered. Money, as an incentive, could backfire if the rules are not designed well.

The Say-Do Gap is a common term for what behavioral scientists refer to as Preference Reversal. It’s the idea that our actions do not always match our intentions from situation to situation. “I had to cut that guy off to get to my exit – he was blocking me!” is a classic example of where our preference to be a good and safe driver was overruled by our desire to get in front of another car. It’s a great example of rationalization, not actually being rational or being consistent with our own desires to be a good driver.

The same is true with money as a motivator. Researchers found that people consistently prefer cash, when they have a choice, but that it delivers less motivational power than non-monetary rewards.

Preference reversal shows up in ways that reveal how our choices don’t correspond with our actual motivations. To test it, a person is asked to complete a task and is offered a choice between two rewards, with the presumption that he or she is able to choose the reward that contains the best motivation. Imagine that the two rewards are $100 in cash and dinner-for-two at a gourmet restaurant. Then in other conditions, people are asked to do the same task and are assigned one of the rewards randomly. Some are assigned the cash reward and others are assigned the gourmet dinner for two. Then each of their results are measured and linked back to the rewards they were given.

The counter-intuitive findings are that the people assigned to the dinner-for-two condition perform better on the task than those who could choose (or who were given more money).

Why would a dinner-for-two be more motivational than $100 cash, when the cash could be used for a dinner-for-two or a thousand other things? The answer lies in the fact that Hedonic Awards, rewards that have high emotional value, offer the biggest motivational bang for the buck. Experiences, such as travel and dinners out, rank at the highest end of the spectrum of motivational power with cash and cash-like rewards sitting at the bottom end.

The best way to promote hedonic rewards is to keep the dollar sign out of the equation. Don’t allow the rational comparison to other options – make it an emotional plea to deliver an experience for the rep. The ultimate acknowledgment from a rep is, “I would never buy that for myself.” Money is easily comparable and used in deal-making. Compare $5,000 to an all-expenses-paid trip to Hawaii: what do you compare $5,000 with? Many things. What do you compare “a free trip to Hawaii” with? Only this: do I want a free trip to Hawaii or not?

Lastly, when experiences are presented without the dollar sign next to them, our brains process them as something other than money. It’s what the researchers call Separability, where rewards are separated from money and viewed differently. It’s not that we can’t find out the price for something – we can. However, the experience of valuing a reward without a price tag is different than when we value it with the price tag. In fact, we don’t know the prices of things as well as we think we do.

This is why The Price is Right is one of the longest-running game shows on television: contestants make bad guesses at prices and the viewing audience thinks they could all do a better job. But tens of thousands of contestants have revealed the truth: knowing the prices for many things is extremely rare.

Interested in learning more? Enter your information to download the full eBook or view the live recording: 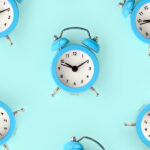 When It Comes to Rewards, Timing Is Everything 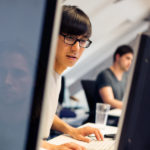