Choices are Great, but Enough is Enough!

Incentive Buyers Beware: too many choices are hurting your incentive programs

Does offering unlimited choice in the form of award Debit Cards or through an ever-expanding choice of certificates and merchandise in typical incentive catalogs do more harm than good? Is less more? Will incentive program results benefit by going on an awards diet?

Given the option: Would you like to choose an item from a group of many or a group of few? Which will make you feel better after you’ve made your choice?

This question is the basis for a study and a book: When Choice is Demotivating: Can One Desire Too Much of a Good Thing? and The Paradox of Choice. They take the position that while we initially want more options from which to choose, too many options make us unsure and ultimately unsatisfied with our choices. This is truly a paradox, and a problem for any incentive program.

Sheena S. Iyengar, a professor of Business at Columbia University, published a paper in the Journal of Personality and Social Psychology called: When Choice is Demotivating: Can One Desire Too Much of a Good Thing?

It has been a long and strongly held psychological theory that more choice has greater motivation impact. This study challenges the assumption and shows that motivation actually declines when someone has too many choices. Studies conducted by Ms. Ivengar show people become frustrated when choosing amongst many options, are less satisfied with their choices and in many cases refuse to choose!

In other words – the pain of choosing is greater than the benefit of making the choice. Here’s how the experiments went.

In this first experiment, consumers shopping at an upscale grocery store encountered a tasting booth which displayed either a limited (6) or an extensive (24) selection of different flavored jam. The two measures of customers’ motivation were their initial attraction to the tasting booth and their subsequent purchasing behavior. All consumers who approached the table received a coupon allowing $1 off any purchase of jam.

The central aim of Experiment 1 was to examine whether the number of options displayed affected consumers’ initial attraction to the displayed product and/or their subsequent purchasing of that product.

60% of the customers who passed the extensive selection display of jams, stopped at the booth. By contrast, only 40% of the customers who passed the limited selection display stopped. Thus, consumers seeing more choices were more attracted to the booth than consumers exposed to less choices, suggesting greater variety was initially more attractive.

Students in an introductory social psychology class were given the opportunity to write a two-page essay as an extra-credit assignment. Students were given either a limited (6) or extensive (30) list of potential essay topics. Intrinsic motivation was assessed by comparing the percentage of students who completed the assignment in each group and the quality of the essays.

The quality of the work was also compared. On average, students with limited-choices performed better than those with greater choices.

The results from both studies suggest that giving people more choice does not necessarily lead to enhanced motivation. Quite the opposite seems to be the case. In both studies, people prefer to exercise their opportunity to choose when their choices are limited, and in Experiment 2, they even performed better.

Thus, the results support the hypothesis that extensive-choice may be more appealing, but consequently may hamper intrinsic motivation.

The research was further supported by a recent study out of Caltech. Researchers asked participants to choose from six, 12 or 24 images to include on a souvenir. By analyzing brain activity in an MRI machine, it was determined that 12 was the sweet spot for number of choices – 6 wasn’t enough, and 24 was too many.

This concept is one of secrets behind the success of discount grocer, Aldi. By stocking just a fraction of the products other supermarkets carry, they are able to keep their prices low. Less choice means that time-constrained customers can get in and out with what they need instead of needlessly going through the decision-making process.

So, why do people want options but freeze up when it’s time to choose?

Limited-choices make people engage in rational optimization—the concept of deciding on the best option. However, as number of possible choices increase, people strive to end the choice-making ordeal by selecting one that is merely satisfactory, rather than optimal. They subconsciously do this to save time and energy.

Another possibility is that more options make a person feel more responsible for their choices. And for fear of later regret, they elect not to choose at all.

To recap – Many choices are initially attractive…

If this research is correct, it should have huge impact on the way in which incentive and performance improvement programs are developed.

Download our free guide that outlines the impact – and possible ways a program can be designed to leverage these findings.

Want to chat about your incentive design strategy? 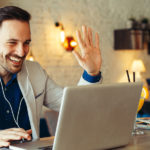 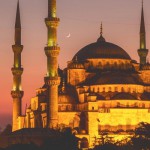