Incentive compensation: When less can be more

Creative Group brought together three behavioral experts to discuss common mistakes leaders make when it comes to incentive program design. We’ll unpack a new “sin” every other week. Follow along to see if you are committing any of these transgressions.

Sin 3: Use the budget for a single, grand award

Your Inclination: I don’t have much budget, so I’m going to lump it all into a single, big award.

The Argument Against It: Big-budget rewards are highly promotable, but they don’t engage the maximum audience. Spreading the budget is more effective.

Sales managers are always trying to maximize results. When they consider which rewards will make the most significant impact on their sales reps’ productivity, they often land in two camps:

The troubles with money as an incentive reward are well documented and noted near the beginning of this paper. Money is the least successful incentive reward that a sales leader can offer, in terms of results, but it is the most common reward offered because the managers too often give in to sales reps’ cries for “more money!”

The scenario that creates the sin of “just offer one huge prize” is entirely understandable. The sales manager returns from a luxurious trip and is convinced that the best reward to gin up the troops would be a similar, amazing, and free trip. Sales managers are human, too, and are subject to that wonderful feeling of coming back from a fantastic trip and jumping on the “this will work great for the reps” train. This is actually a documented cognitive bias called “false consensus bias” whereby people tend to overestimate the extent to which their opinions, beliefs, preferences, values, and habits are normal and typical of those of others. It might sound like this, “because I like goat’s milk everyone likes goat’s milk.”

However, there are two problems with this line of reasoning:

To help understand why this is not a good idea, consider two researchers who have spent years in the field managing reps and as many years studying how these things work with academic rigor. Michael Ahearne, PhD and Thomas Steenburgh, PhD have tested this, and many other incentive systems, with real sales reps at real companies in the United States.

Ahearne and Steenburgh’s research finds that a budget spread across many reps is more productive than the same budget spent on fewer reps. Their work tested a variety of scenarios by varying the number of reps who earned. They used the identical budget (spreading it thinner and thinner as the number of winners got larger) and measured the effects in sales output. They found that the same awards budget spread more thinly among ten reps generated a higher sales boost than when the same budget was spent entirely on a single rep.

It should be pointed out that travel makes a great reward. We know that travel, when it’s completely free and devoid of cash equivalents, generates the greatest motivation among reps. (Reminder: leave the dollar sign out of it and the reps will be more motivated to deliver amazing results.) This is true because it’s often shared with a partner, it has a highly emotional appeal, and it generally creates memories, photos and memorabilia that are re-consumed for many years.

Sales managers know from their own experience that travel is highly promotable because colorful images of luxurious destinations activate the motivation center of the brain. So, the trip in and of itself is not a bad idea. Offering a single-winner trip as the only reward is a bad idea.

This sin also speaks to the mistaken belief that incentive programs are ONLY about the reward. Many amateur program designers work very hard to find that “perfect reward” that will get everyone excited about hitting their goals.

Unfortunately, there isn’t a single award that will do that.

We need to understand that incentive programs are not ONLY about rewards. Incentive programs drive behavior in a variety of ways. How the program is communicated and marketed creates desire and focus as much as the rewards do. How performance is reported and celebrated provide additional motivational juice over and above the reward. If the reward were the prime mover, we could simply send an email with the award listed and forget about the program and it would work. That’s not how programs create value and that’s not how human motivation works.

Interested in learning more? Enter your information to download the full eBook or view the live recording: 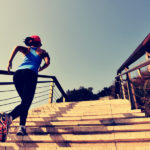 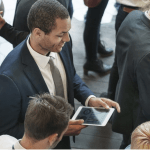