Driving Results During a Time of Accelerated Change

Igniting the Fun with a Virtual “Game Show”

Our client partner is a global automotive company with sales of more than 2.75 million vehicles annually. Creative Group has partnered with this client on a wide range of programs since 2010, supporting both live and virtual incentive, meeting, and recognition events.

Due to pandemic conditions, our client was unable to host a Hawaii-bound sales consultant incentive trip. So, they challenged Creative Group to live up to our brand, get creative, and repurpose virtual production and software gaming structures we recently developed for them. We jumped into high gear collaborating to build a one-of-a-kind virtual “game show” delivering LIVE game play and rewards as part of a complete communications, entertainment, and incentive campaign.

Our client’s long-running Sales Elite incentive program rewards their top U.S. dealership sales consultants. Historically, this travel incentive includes a motivating destination (Barcelona, Cabo, Hawaii) paired with a four-night hosted experience complete with activities, special functions, award recognition, and gifting. Surrounding everything is a mixed communications (print, digital, gifting) campaign that teases and motivates the audience of mostly 35-50-year-old consultants…most of whom must sell over 300 vehicles to earn the trip!

Distilling an exciting reward experience into a concentrated, one-hour plus virtual event is no easy feat. But previous success with their Virtual Dealer Announcement Show as well as a Virtual Cash Bash Extravaganza, led to Creative Group’s selection as the virtual experience designer, planner, and producer. Despite the fact that the client’s travel incentive was already contracted with another partner, we were single sourced due to our proven track record and creative approach to virtual delivery. Creating a digital game show emerged as a great way to deliver excitement and give away cash, merchandise, and exclusive travel prizes. Creative Group oversaw the entire production including: graphic concepting, game software development/testing, virtual production design/show flow, client/talent scripting, and an entire communications and gifting campaign. The campaign featured a Creative Group-designed website, e-communications, incentive mailings, pre-show kit, and day-of-event (surprise!) food and beverage delivery.

In addition to the Vice President of Sales and other key executives with live speaking roles, the program was hosted by Matt Johnson, a renowned mentalist and escape artist, who guided the audience through the event with surprise elements throughout. Over half a million dollars in cash and prizes were awarded LIVE to the attendees, as they randomly chose game cards featuring amounts ranging from $750 – $5,000, as well as exciting prizes like Shinola watches and Nespresso Vertuo machines. Everything built up to the Bonus Round, where attendees competed for LIVE final prizes such as Peloton bikes, four-night trips to Cabo, and Traeger grills.

Creative Group thrives on helping clients find unique design solutions and this program was a notable demonstration. The show was a smashing success. Bringing over 75 attendees, multiple live feeds, and gaming software together for a LIVE show that awarded $500K in cash and prizes on screen is something Hollywood wouldn’t even attempt. Creative Group did…and hit it out of the park. Based on post-event participant feedback, the audience was deeply engaged throughout as witnessed by their participation in the final Bonus Round, with attendees staying to watch, even after their turn to play was complete. The winners were so pleased that the client honored and recognized them in a new and unique way (when travel was off the table), and many asked, “Can we keep it this way, even when travel returns?”

The client was incredibly pleased with Creative Group’s ability to quickly design an alternative solution to the live group event that was engaging, rewarding, and fun for all. Plus, they were absolutely thrilled that the event went off without a hitch, ending one minute shy of target time; no small feat with the tremendous amount of digital production elements.

Driving Results During a Time of Accelerated Change 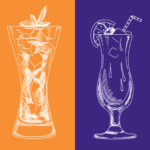 Not Your Father’s Beverage Menu 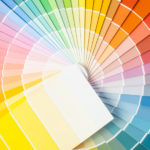 Choices are Great, but Enough is Enough!