A sound crisis management strategy can save the day.

You can source an aspirational destination that will appeal to the unique demographics and psychographics of your audience. You can meticulously craft experiences, menus, itineraries, and entertainment that will leave your attendees buzzing. You can leverage your vendor relationships and negotiate contracts to maximize ROI for your organization. But if Mother Nature shows up as an uninvited guest at your next event, or unforeseen geopolitical unrest threatens to scuttle an upcoming international meeting, will you be able to mitigate the circumstances?

An IRF study on Event Disruption determined that nearly 60% of planners have experienced at least one disruption that affected the overall outcome or success of their event. These included weather delays, natural disasters, technology outages, and hacking, medical outbreaks, and terrorism, to name just a few. 23% of the meeting planners polled in the survey reported that those disruptions damaged the hosting company’s reputation or brand.

From nor’easters along the Atlantic coast of the U.S. to the seemingly ever-present threat of terrorism or coups in such popular international destinations as England, France, Turkey, Thailand, and the Philippines, risk mitigation and crisis management need to be part of your planning process.

Thanks to a global economy and the expansion of multinational corporations, the meetings industry is thriving, but there is also a level of uncertainty surrounding the current geopolitical climate. Terrorism dominates the news headlines around the world, and security concerns ranging from identity theft to tourist crime are affecting planners’ choices for meeting destinations, both domestic and abroad. In fact, a nationalist approach from a number of countries towards topics like immigration and visa issuance has created apprehension when sourcing and contracting destinations for meetings and events for fear of boycotts or visa troubles. Travelers from Australia, Brazil, Canada, China, Germany, France, India, Japan, South America, Mexico, and the United Kingdom said they were less likely to visit the United States, citing the political climate as a reason, according to Meetings & Conventions Magazine.

Many planners are increasingly willing to consider new and different sub-destinations to alleviate concerns inherent to bigger, more congested cities. As cited in the IRF Trends Study: “Whereas Rome, Italy, or Lisbon, Portugal, may have been the primary consideration in the past, locations like Puglia, Italy, or Cascais, Portugal, are now in the consideration set. These areas are seen as having similar brag power and equal wow factor to their bigger, greater known counterparts. And while the security measures in these destinations may be lower, their risk is seen as lower as well. Smaller communities are seen as somewhat safer and less targeted because they are off the beaten path.”

The 2018 Consumer Electronics Show (CES), which hosts about 180,000 attendees every year, succumbed to an hours-long power outage at the Las Vegas Convention Center. The culprit was an unexpected downpour during the second day of the trade show, resulting in thousands of participants being ushered from the premises and causing untold missed opportunities between companies and suppliers.

Though cataclysmic weather events and natural disasters can’t always be predicted with accuracy, especially months in advance of their occurrence, an effective pre-planning strategy can help minimize the aftereffects should the unforeseen become reality. This can include confirming in advance that a prospective venue has reliable power sources and viable back-ups.

“Ask questions and never assume anything is common knowledge,” says Maria Cruz, meeting planner at Smart Meetings. She emphasizes the importance of the pre-planning stage, with an emphasis on ensuring safety first, establishing a clear communication strategy, and being able to deliver creative solutions should the unexpected occur.

When an ice storm struck Nashville on arrival day for 1,700 wholesale distributors of business products, Creative Group’s on-site staff and Travel Services team went into high gear, changing flights and fielding calls from stranded participants. Hotel negotiations began as it became clear there would be a large number of rooms unused as well as meal guarantee shortages. A mobile app that had been developed for the meeting became the central point of communication to alert participants of modifications to the agenda, speaker changes, and meeting room reassignments.

As a result of Creative Group’s ongoing negotiations, the client realized hundreds of thousands of dollars in savings through attrition forgiveness that would have been billed because of the large number of people unable to make the meeting. In the ultimate test of managing the unexpected, the client partnership was further solidified because of the actions taken in the face of Mother Nature’s wrath.

Managing Crises – The Devil is in the Details

According to the IRF, it’s increasingly imperative for meeting planners to develop detailed and focused event plans for their clients’ safety as well as their company’s business success. Whether it’s a dinner guest having an allergic reaction to an appetizer or a cybercriminal attempting to extract credit card information from meeting attendees, all eyes focus on the planner to mitigate the circumstances and pre-empt tragedy.

If a disaster does strike, communication is key, time is of the essence, and interacting in real-time with participants is critical. The IRF study shows planners believe technology, including online communication/monitoring systems and conference apps, would be helpful in addressing possible disruptions. For example, a proprietary EventAPP™ can take your meetings, events, conferences, incentives, and tradeshows to the next level with deeper, richer engagement for all participants, real-time communication, and seamless updates. Plus, it has been created by people who understand the group experience… and how to anticipate and plan for the unexpected.

A crystal ball would certainly be helpful for planning a future meeting or event that will be free and clear of meteorological surprises, geopolitical uncertainty, or medical emergencies. But until Elon Musk invents one of those, meticulous planning with an experienced team is the surest way to mitigate the mayhem if and when it does arise.

Are you covered in a crisis?
Creative Group has your back. 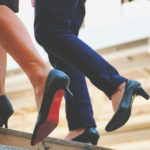 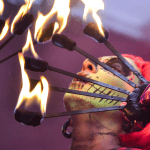 Have the Courage to Reinvent Your Conference