Having a Lock on Crisis Management

An experienced planning team was the key to locating a new hotel, 48 hours before guests arrived in Panama

Our client is a Fortune 500 company with 170,000 employees; a multinational producer of automotive parts, electronics and HVAC equipment. Our client hosts an annual incentive program for their top internal sales and channel distributors; about 200 people, plus executives. The client had previously chosen Panama and had used another company to source and contract the Trump Panama hotel but requested that Creative Group plan and execute the bulk of the program, along with ongoing management of the hotel contract.

Two days before the group’s main arrival, we learned that the Panamanian authorities evicted the Trump board of directors and management from the hotel, rendering it impossible for us to operate the program as planned due to logistical challenges with management turnover.

We quickly met with the client and their legal team to discuss next steps. We began sourcing new properties that could accommodate our group, needing over 100 sleeping rooms. Our on-site program leader, who had just landed in Panama as this began to unfold, immediately began site inspections at other hotels that could potentially accommodate our group. During the ongoing conversations with the client, and while sourcing new hotel options, the in-office Creative Group team quickly began drafting communications that would be sent to participants who were, at that point, packing and heading to the airport. With client approval, we began sending email and text messages to participants alerting them of the change in hotel venue and reconfirming transportation instructions once they landed in Panama.

The on-site team leader immediately began delegating responsibilities to the travel staff because so many program elements were impacted by a hotel change. All suppliers involved needed to be advised of the venue change. Participant program materials – daily itinerary, activity confirmations, reception cards – all needed to be recreated. A new spa venue had to be secured to accommodate the guests who had chosen spa activities originally planned at the Trump Hotel. The transportation lead was tasked with communicating arrival flight information to the rooms staff, ensuring rooms were cleaned and available as executives and early-arriving attendees checked in.

Finding a new hotel with less than 48 hours before the group’s arrival was no small task. The replacement was chosen because it was an incentive-quality hotel, offering similar amenities and service standards – and most importantly, with enough space to accommodate our group. However, it had only been open for three weeks prior to our arrival. This meant we had to stay one step ahead of the hotel, who was facing challenges with sleeping room preparedness and elevator operations. It took a very diligent and knowledgeable on-site staff to anticipate challenges and design solutions when working with a newly-opened hotel. Most of these challenges were addressed and managed outside the purview of our attendees, thanks to an onsite staff with significant experience handling the unexpected.

And the challenges kept coming. One of the highlights of the program was a Panama Canal cruise scheduled for the group on Saturday. On Friday afternoon, we received notice from the Panamanian Authorities that our departure time was being moved from 4pm to 2pm due to complex scheduling operations with the volume of ships that pass through the locks daily. This now required a reorganization of the group’s morning activities, including a 5K race and shopping shuttles, along with revised communications to the participants. All leisure cruises on the canal must be accompanied by a commercial cargo ship. This further complicated our schedule on Saturday morning, the day of the cruise, because the departure was again moved up by one hour to accommodate the accompanying cargo ship’s revised schedule. With less than 30 minutes notice, all hands were on deck at the hotel notifying and gathering up participants for the early departing shuttles. It was critical that we execute this premier Panama Canal experience, as most people would likely not have the opportunity to make the historic crossing on their own otherwise. Our “advance team” arrived at the dock just before the first bus of participants, to ensure the cruise crew, catering, emcee and DJ were set up and ready to go. With some fast work, we caught up with our cargo ship that was already in motion and made it through the locks in the time window provided.

While Murphy’s Law was in full effect, with support from Creative Group executives, an amazing on-site travel staff, and an experienced and patient client, everyone stepped up to the plate to create a seamless participant experience amidst a multitude of unforeseen challenges.

“I want to THANK YOU for all your hard work in Panama. This was the most challenging event I’ve ever experienced and having seasoned pros on the team certainly eased my stress. Honestly, if it wasn’t for the Creative Group staff, I don’t think that we would have made it through the week. The on-site team worked tirelessly to solve many logistical challenges that we had to endure. You are rock stars and we would not have been successful without you!”

Having A Lock On Crisis Management 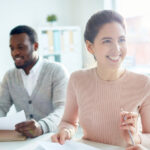 The Real Cost of Employee Turnover and How to Reduce It 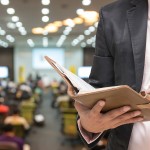 Why Should I Work With a Third Party Planning Company?